welcome to the madness.

Hi! If you’re here, it’s because you’ve been invited to join a family of passionate people driving an exciting project called The Madness of Chartrulean, the flagship production of Packhowl Media.

The Madness of Chartrulean is an off-world sci-fi epic presented as a full-cast audio drama. With this project, Packhowl strives to close the gap between audio fiction and audiences by expanding into visual and interactive media. But most importantly, our goal is to exist as an anchor for the independent artists and creators who make up the world of audio fiction.

In order to do that, we need your support. Read on for a glimpse behind the scenes on our journey so far, and learn about different ways you can contribute.

a quick word from the admiral.

what's the show about?

The Madness of Chartrulean uses the science fiction and fantasy genres to examine the definition of progress. It asks questions about humanity’s ability to use technology to evolve without destroying itself.

The story follows a superman named Chartrulean, who is simultaneously a messiah-like figure and inventor of a controversial new form of energy. Chartrulean is portrayed as a man who is heavily conflicted and lacking human sensibility. He must learn his place in his world’s fraught political landscape while facing tremendous doubt about how humanity will ultimately use his work.

The Madness of Chartrulean is an allegory for our own society’s deification of technology. But it also speaks to creators of all kinds who question the social impact of their work. Unlike other tales of supermen, the focus on Chartrulean’s character is his emotional vulnerability. The show carries themes of imposter syndrome, inferiority complex, and trauma.

how/where will it be released?

The show will be simultaneously syndicated on Apple Podcasts, Spotify, Stitcher, and YouTube. The show will also be released with accompanying dynamic artwork, like the video at the top of this page.

Early releases and high quality downloads will be available on Apple Podcasts for a small fee, and to monthly subscribers. Additionally, we are submitting to selected festivals, and planning a presence at conferences and conventions.

In 2023, we will begin production on a companion visual novel. This will take the story to a new interactive level while greatly expanding audience outreach.

Our success is especially important for those who have dedicated so much of their time and creativity. The project has attracted extraordinary talent, including award-winning artists and cast-members. They are the lifeblood of this project, and have put incredible faith in the story and the show’s potential. Many of these people have worked for rates far beneath industry standards or given their time and talents in-kind, just to see it thrive. Here are a few of them.

the journey so far

At the beginning of the 2020 pandemic, project creator Hannah Radcliff did the same thing a lot of people did–picked up a laptop and began to write. The same year saw an increase of freelance voice talent, and the emergence of new technologies geared towards remote collaboration.  At the end of that year, nearly 700 pages of script had been written. Of those, 400 were moved into production as “Vol. 1” of The Madness of Chartrulean.

In January, the casting process began. By time the casting period ended in April, more than 1,900 people had tried out.

During the month of June, principal production took place, headquartered in T-REX in downtown St. Louis. Production involved a mixture of local and remote performances.

In July, production returned to Austin, TX, and resumed with a second wave of remote performances.

By the end of 2021, the project had managed to amass over 50 voice actors across five contents.

Since the conclusion of production, the project has undergone rigorous assembly and musical scoring. We have an active Discord server with cast and crew, where we continue to post updates, lend industry-related support, and foster new friendships.

now the heat is on.

Audio drama isn’t new, but it’s still not widely recognized. Recently, large media companies have moved into arena and attempted to rebrand the medium. The use of the term “movie podcasts” is one such attempt. Time is running out for independent creators to put their stamp on the medium and turn it into an industry that is not just sustainable, but profitable.

At Packhowl, we believe that the formula to this is an amalgamation of a multi-layered story, high-caliber execution, dedicated creators, and community of devoted fans who love to share things. We’ve already checked some of those boxes….but we can check a few more with your support.

how you can get involved

There are many ways to get involved. The easiest way is to follow us on social media and ask all your friends to do the same. But there are a few other things you can do.

Good reviews give people the confidence to tune in to a project.

Any support we receive offsets the cost of post production and marketing.

Do you have skills that can benefit the project? Let's talk.

With over 70 hours of audio in the bag, an entire season assembled, and more than 20 musical themes scored, we’re all feverishly working together to make this show the best show it can be. Because it has to be the best.

We are producing a show to the quality standards of big budget productions, and giving fans the level of interactivity they want. This means more art, more companion content, more ways to engage.

This is the moment when any support we receive can have the greatest effect. Please consider supporting The Madness of Chartrulean.

Any additional support we receive offsets the cost of post production and marketing. Not sure how much to give? Similar to a traditional crowdfunding campaign, we’ve set up a few perks to lending financial support. While we’re not putting a cap on the amount, we’re encouraging smaller contributions with these digital rewards.

To participate in our perks, just donate the suggested amount, or opt out when you contribute to make a simple donation without any benefits. Ready? hit the link below. 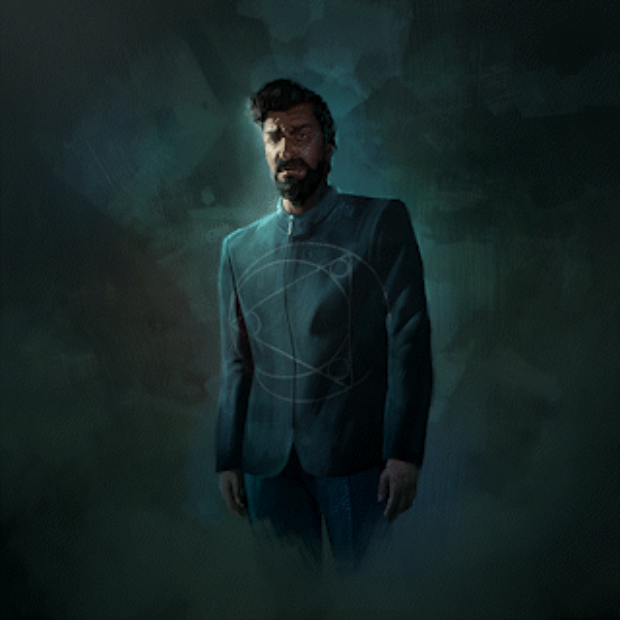 Special thanks to the following people for your support on this journey so far: